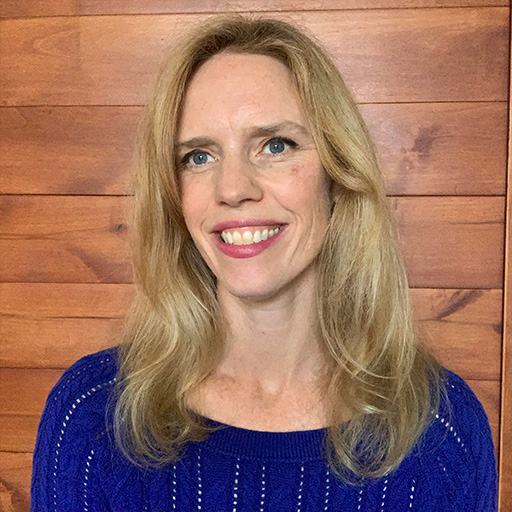 This Is Your Brain on VR : How Cameras & Lenses Affect the VR Experience

Virtual reality video takes people to a whole new dimension of viewer experience. If they’re watching an underwater video, they can feel like they are in the water, swimming alongside dolphins. They can feel like they are touring a street fair in the Italian Riviera, occasionally even with immersive extras, like smells and tastes, to accompany the experience. Viewers can even feel like they are going down rapids on the Colorado River. However, the river journey might not be for everyone: many VR users experience feelings of nausea similar to motion sickness in both game and video experiences, and especially in video with moving camera shots. What’s happening in VR to make some experiences amazing, and others nauseating? A lot comes down to camera use, performance tuning, and individual differences in neurophysiology.

In this blog, we’ll dive into understanding how the camera use affects VR video, and how the video affects your eyes and brain. The end result is that people creating VR video can make choices to reduce discomfort and improve the overall VR experience for viewers.

Why Do Some Viewers Experience Motion Sickness?

The root cause of motion sickness is a disconnect between the visual sense that tells the viewer’s brain that the world is moving, and their vestibular sense which tells them they are not. We can get that feeling on a boat, a roller coaster, or even some action-adventure movies. However, because VR headsets totally subsume the viewer’s visual experience, users are much more likely to experience motion sickness in a headset.

VR games are sometimes less prone to this effect because modern 6DOF systems allow the user to freely walk and move their head around inside the content. Although they’re not entirely free from these effects. Depending on the design of movement mechanics as well as the performance of the hardware and software, VR games can and frequently do induce feelings of motion sickness. Many believe that the “motion problem” is one of the largest issues holding back greater VR adoption. A number of people report having had “bad VR” experiences, and somewhat like those who have suffered from one night of “way too much tequila” - might want to stay away for good. So even if you love roller coasters and don’t mind feeling a little woozy from a wild VR trip, it’s important to take the motion problem seriously.

In VR video, the problem is exacerbated because the viewer’s head is (for now) essentially locked to the camera’s position when recording. If the camera was on a boat that was rocking, the viewer cannot escape the feeling of rocking. Sometimes VR video is shunned for this reason, and nay-sayers want to wait until the advent of viable volumetric video capture and replay to solve these problems. At Driftspace, we think these hesitant adopters are missing a huge opportunity. With better software, and thoughtful camera treatment, viewers can be teleported to a different real-world place and time, without negative side effects.

One of the key issues affecting viewers’ experiences (or not) of motion sickness is the camera used to film VR.

VR Camera Differences: How Do They Affect the Viewer’s Experience?

The three main types of VR cameras—monoscopic, stereoscopic and VR 180—use different lenses to create the VR experience. These differences change the final effect of the VR and how your brain processes it.

What is Monoscopic 360, and How Does It Work?

There are a few different major modes of VR video capture. Driftspace is working to support all of these modes, but we started with monoscopic 360 video. Monoscopic 360 is essentially video projected on a virtual sphere. Entry-level monoscopic 360 cameras are typically two-lens systems: two 180 fisheye lenses combine to capture a 360 view of the world.

We like them because they’re an easy entry point that enables more people to create and share their experiences of the world in VR. They’re also less expensive, durable and lightweight, making them easy to take with you on adventures. Monoscopic images feel a little flatter than stereoscopic images, but they also have fewer focal issues for the viewer, as we’ll see below.

Quality VR can be captured with a consumer-grade monoscopic 360 camera like the GoPro Max. There are also great professional 360 cameras, like the Insta360 Pro, designed to capture 360 footage at significantly higher resolutions and faster frame-rate than consumer-grade action cameras. Because only a small portion of the video content is in the user’s field of view at any time, a truly crisp 360 video requires far more resolution than today’s 4k televisions. Higher-end cameras are also capable of capturing more frames per second than typical consumer-grade cameras. Higher frame-rate video will make the VR experience feel more real and more comfortable. But keep in mind that higher resolution and frame-rate will often run up against the hardware performance capabilities of today’s best VR devices.

Example of Stereoscopic 360 Video from an Adobe Premiere Tutorial

What is Stereoscopic 360, and How Does It Work?

Stereoscopic viewers have been around for a couple hundred years. You can find old stereo photo viewers in antique stores or in vintage arcade cabinets. And of course, many people tried a View-master as kids. Stereoscopic 360 video in VR is like a Viewmaster, but you can look around at any angle and watch a recording of the world unfold. It’s as close as we’ve come to the ability to teleport someone to a different place and time.

However, in our experience, it can also sometimes generate moments where the viewer feels cross-eyed, because recorded objects end up at focal distances that don’t fit how the human eye works. Solving for these varied focal distances takes more time and expertise, and ultimately makes production more expensive. But if you pull it off, the effect can be quite impressive.

VR 180 format gives the viewer a 180-degree stereoscopic view, so only half of the sphere has projections on it. VR 180 cameras need only two lenses, like monoscopic 360.

But why would we only create content on one side of the VR visual “dome”? The thinking is that it solves both the “no place to hide” problem for videographers (as we covered in our post Getting Started with VR Video), and viewers get a sharper image because we’re only pushing pixels to the half of the sphere where the user is looking.

The value of these “half dome” experiences is debatable—some argue that most viewers are sitting on a couch and wouldn’t look behind them anyway. Others argue that illuminating only half the view spoils the illusion that comes with complete 360 immersion in another world. We have a pet theory that something between 180 and 360 might be a better balance of visual quality and immersive experience while maintaining the “place to hide.” If we see any new experiments along those lines, we’ll put up a post about it!

To find a great camera in any of these three types, check out our favorite VR cameras of 2021.

Viewer Comfort: Is Monoscopic or Stereoscopic Easier on Our Eyes and Brains?

The short answer is: they are just different.

Some argue that monoscopic 360 video doesn’t have the same depth and realism as stereoscopic 360. From our experience with making and screening monoscopic videos and interviewing hundreds of users, we’ve found that the human brain is still able to do the work of turning the spherical projection into a three-dimensional experience.

Try this experiment: close one eye and look around at your surroundings. You should notice that the world still feels three dimensional. That’s not unlike the experience of watching monoscopic 360 video. And in fact, as we’ve noted in our blog on VR camera recommendations, an estimated 10% of the population doesn’t even have stereoscopic vision at all.

That said, many people still find the stereoscopic effect to be more impressive (much like the awe we feel when we watch a movie in 3D) and will argue that it’s superior to monoscopic 360. We feel that if viewers are going through the effort to put on a stereoscopic viewing machine, then it makes sense for creators to take advantage of that capability and give viewers fully stereoscopic content. As we noted above, it takes more time and attention to produce an experience that doesn’t strain the eyes and brain, but the work does pay off when done well.

Tips and Tricks: How to Minimize Motion Sickness During the Filming Process

Now that you understand how the mind and eyes work together to process the images from the different types of cameras, let’s talk about how to minimize motion sickness when filming VR video.

How to Handle Motion in VR Video

Many creators find fixed camera locations too limiting, and as a viewer, too restrictive. So, if you want a moving shot, one acceptable option is to use a stabilizer or dolly to move the camera on a steady, linear (or gently curving) path. Non-accelerating motion in a single direction is relatively comfortable for most users (but not all). See the Mantis 360 system for example.

Motion via Vehicles and Other “Rides”

Another solution is to make the camera part of a “ride” where the view is fixed to some stationary object like the inside of a car or airplane, while the world outside the fixed point of reference is moving. Shots inside of helicopters, boats, and cars seem to work quite well.

These “rides” are still potentially problematic (a VR video ride inside a looping jet can still be nauseating, just like in real life). Some vehicles like kayaks, surfboards, and skateboards are unfortunately too small and open to provide a useful fixed reference point. That’s true for most users; however, there are some users who love a gut-wrenching but exciting experience—the roller coaster riders—so don’t avoid all ride shots.

One clever example of motion video we’ve seen placed the camera inside of a car as it was being built on the assembly line while the camera and car pass through a series of assembly steps—a smooth, unusual and memorable experience.

Finally, Test It Out

You’re part of a new frontier of media creation. Now that you understand what’s going on in the viewer’s eyes and brain, you can make more informed decisions about how to put your story together. If you want more details about equipment and filming techniques, check out our blog about VR Cameras or our blog about Getting Started with VR Video. Poke around on Driftspace to test out what others are doing and see how their choices affect your vestibular system.

At Driftspace, we want to partner with you on your creative journey, so sign up for our beta, and know that we are adding new features and content all the time.